Barcelona is located on the North Eastern Mediterranean coast of mainland Spain and is arguably the most cosmopolitan, vibrant, and economically active city in the country. It is the capital of Catalunya and is home to its distinct tradition, culture, and character. Naturally, Barcelona has an old tradition, and there are sites from the Romanesque, Gothic, and Renaissance times or even before – but the most notable is the constructions that have been made in the past few years.

Barcelona is ranked second after Madrid as the nation’s primary source of income. It also houses one of the largest Mediterranean ports. Barcelona is a nexus of Modernist architecture. For visitors, it is apparent, particularly in the design which shows the general attitude to life, that it is a wonderful place to be in this bustling city. 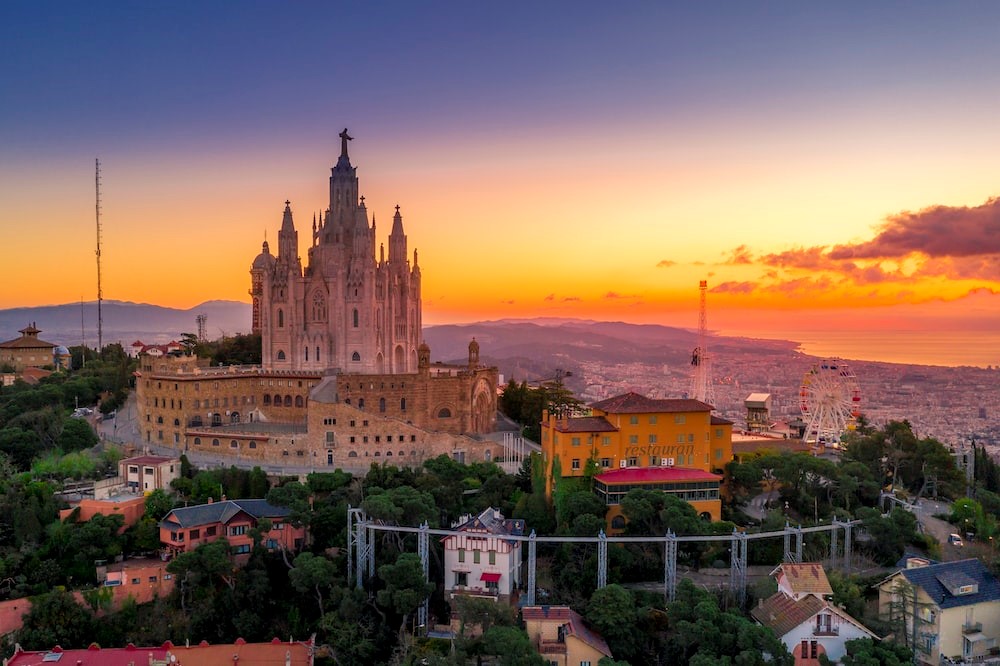 Barcelona has always proved its commitment to being modern and keeping pace with the most recent trends in international fashion or staying ahead of the curve. Barcelona’s airport is the second-largest airport in Spain and this beautiful city is also famous for its manufacturing sector.

It’s always a hot spot for new trends in fashion, culture, and food within the city. It blends the imagination of its designers and artists while respecting and preserving the traditions of the area. The quiet and quaint atmosphere in the historic town as well as the fast pace seen in most of the popular cities coexists together in Barcelona.

Barcelona with a Date

Barcelona has been one of the top destinations for tourists in Spain. It is a city that has everything to satisfy most travelers. The city offers an array of unique activities that are never dull and an inland that is full of charm especially the beautiful beaches of La Costa Brava that will make you want to come back time and time again. It has one of the richest and longest histories among cities in Europe.

It is possible to spend your time taking in the sun, the sea and the view on one of Barcelona’s sand beaches that are only a short walk from the city’s center. Barcelona has a Mediterranean climate with mild summers and cool winters, but not extreme temperatures or weather. This makes it a great year-round getaway.

There are a myriad of other art and museums scattered throughout the city, meaning that you’ll be able to find something interesting to see while here. With all the things the city has to offer, the only thing you need to think of is to be with someone whom you can share these experiences with. A woman that is knowledgeable and can accompany you as you tour around the city streets. A woman with class and radiates elegance, who is also stunning like Barcelona City.

Take your date with you and visit the Barcelona Cathedral. It has an abstemious exterior with the only ornament being its vertical buttresses. Its San Ivo entrance is an excellent illustration of what is known as the Catalan Gothic style. The interior naves are the same size, which gives visitors the feeling that they are in a single space.

The side chapels feature an upper gallery that provides the entire structure with the illusion of greater light and space. The inside part of the lamp is covered with a coffer made of wood. The facade itself was constructed in the late 19th to early 20th century however it is based upon the 1408 project. The cloister’s entrance into the cathedral is worthy of note.

As part of the Marriott’s Autograph Collection, The Cotton House Hotel is a stunning neoclassical structure from the 19th century right in the middle of Barcelona. Even though it was renovated in 2015 the hotel still has the majority of its original architectural characteristics, such as parquet floors, high-paneled ceilings, and a massive spiral staircase dating to 1957.

The overall area is bright and airy with modern art and wall prints that perfectly blend both old and modern. The rooms are stylish and modern with an old-fashioned feel. Its location is a great advantage as most of the main tourist attractions including the city’s shopping area, are within a brief distance. The hotel is only a 10-minute walk to the city’s Gothic Quarter which is a completely pedestrianized zone that allows tourists to enjoy the distinct blend of Roman, Medieval, and Gothic architecture.

It offers visitors a respite from the bustle of Barcelona, this hotel blends the original architectural features of the building with modern conveniences. Treat yourself and your date to a relaxing time as this hotel is home to a rooftop pool that offers unbeatable views over La Sagrada Familia, a well-equipped gym, and gives guests access to the next door’s Mayan Luxury Spa, winner of the World Luxury Spa Awards in the year of 2018.

In addition, to pay homage to the building’s past as the home for the Cotton Producers Guild, the hotel provides an in-house custom-made tailoring service, in conjunction with the renowned Santa Eulalia, a local restaurant, which is available upon demand.

The range of options is vast, from Tapas Bars to Michelin Star restaurants, Barcelona food has every need for the palate. With authentic Catalan food at every turn and barbeque events during the summer months and a variety of refreshing beverages, Barcelona is every foodie’s wish that comes real.

Anyone who visits Barcelona should take part in a Barcelona food tour as the best way to discover the city’s history. Each dish you eat in Barcelona is a story, and going to the market for food is the best method to explore the city. Few restaurants can entice the five senses just like this exquisite restaurant located in Barcelona situated on the urban fringe of the downtown.

It is situated in the heart of Barcelona’s well-known gastronomic establishments. The sleek and elegant design and warm ochre hues bring emphasis to the food which entices both the eyes and the palate immediately. With a wide selection of top wines, you and your date can end your meal with a nice sip of wine. These traditional Spanish meals are far superior to the traditional recipes they were based on.

A well-known restaurant for fine dining located in Barcelona City is one of only a handful of restaurants that meet a huge reputation. The most recent and eagerly anticipated new venture combines elegant dining with a warm and chic style. The restaurant’s small-sized ration course instead of the standard starter or main meal will let you and your lovely date enjoy an array of delicious dishes – there are a variety of dishes to sample.

The feeling of sharing is encouraged, which is rare in a Michelin-starred restaurant. Enjoy your night by indulging in the food paired with a meaningful conversation. For more highly rated restaurants around the city, check out Michelin’s guide for Barcelona here: https://guide.michelin.com/en/es/catalunya/barcelona/restaurants