According to the legend, Lille was founded by giants Phinaert and Lyderic in 640AD. The red and brown brick is the primary characteristic you will see in a variety of architectural designs found in Lille. It was included in the Flemish design. The nickname of this amazing city is ‘Capital of Flanders” because the city was once a portion of Romance Flanders, a former territory of Flanders.

Lille also has the third-largest business district in France. It was a merchant city until the 16th century when it transformed into a manufacturing city. 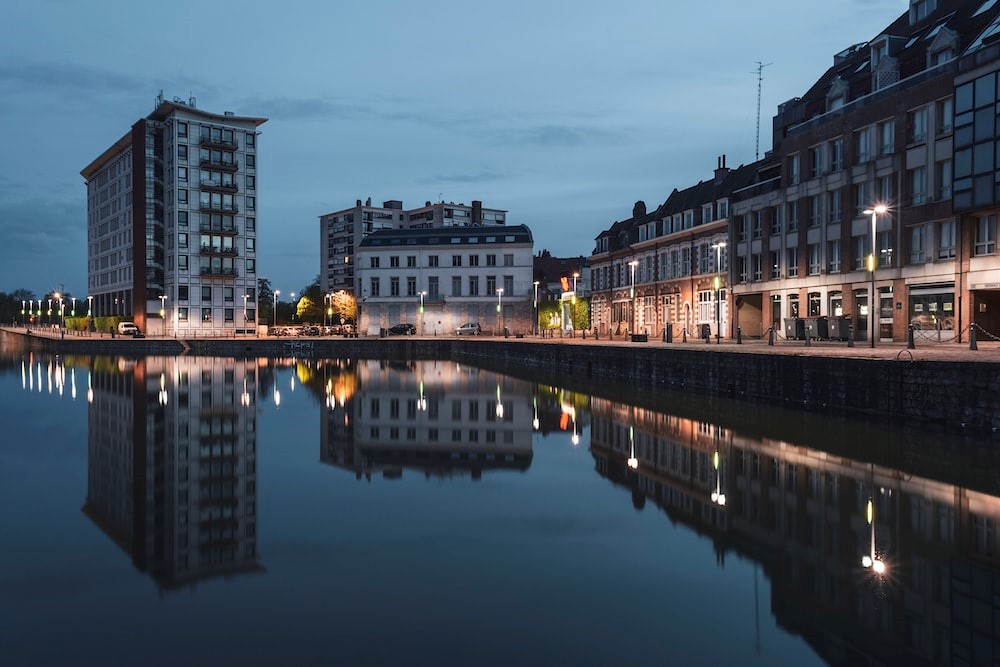 The main sources of income for the city in the past were dependent on retail and finance industries as well as textile manufacturing, food processing as well as the mechanical industry. The history of the city reveals that Lille was a thriving city. It is also known as a city that has been populated by merchants for centuries. As its historical architectural style is being restored, several other areas are being removed to make way for new urban areas within the city.

One of the major cities of France, located in the north, also provides major communication routes. Lille is known as one of the friendliest cities in France. The people of Lille are very welcoming and show hospitality to all. The climate in the city is a temperate oceanic climate. This city is filled with a high amount of precipitation all year round. In the winter months, temperatures can drop below the freezing point. There are many attractions you can explore while in Lille.

Lille with a Date

Lille is a lovely city for couples who want to tighten their bond, thanks to the variety of things to do and see, from charming historical sites to spas. No matter what type of entertainment you and your companion are into, there is always something to suit your needs in the city. Just walking around and gazing at the beauty of the architecture of Lille can be a satisfying experience for couples.

There are numerous things to take advantage of no matter which area of town you’re in. Enjoy a stroll through Lille Old Town a stunning historical district that is home to lots of ancient architecture as well as interesting historical landmarks. The majority of the structures here have been built between the 17th and 16th centuries, and the cobbled streets allow you to take a pleasant stroll around the entire area.

This area has many stunning sights that you and your loved ones might be interested in, such as many museums, a peaceful but impressive cathedral, as well as old mansions. Since they are all located just north of the city’s central area, you can explore all of them at once. Exploring this wonderful place is much better with a travel companion that has the same understanding and interests as you. She is beautiful and intelligent, down to earth and radiating elegance that can draw simplest and grandest joys from you.

Visit the Lille Palace of Fine Arts, a museum of fine arts that houses both contemporary art and antiquities in an impressive mansion. The structure itself is stunning. However, the main attraction is the inside with the museum’s huge collection. It houses one of the largest collections of its kind in France. Within the collection, the two of you can explore ancient works and paintings from the 17th century to the 20th century. Many sculptures can be found here in addition. Some of the famous artists that are on display are Raphael, Van Dyck, Goya, El Greco, and Jean-Baptiste Chardin.

After a day or two of exploring, there are spas that both of you can enjoy within the city. You don’t have to make too much of an effort to be pampered with in Lille. There are plenty of spas in the city where couples enjoy luxurious spa treatments. Massages of all kinds are popular in local spas. There are spas all over town and they are usually close to the city’s central area. Spend some time during the day with your travel date there just to relax and gather strength to prepare for the next adventure.

There is a hotel 10-minute walk from the city center and near the stations. This Hotel raises its glass silhouette in the business district of the capital of the Nord-Pas-de-Calais region. A place that has only the finest noble materials and modern textures that exudes elegance fit for someone like you and your date. The decor is highlighted by the glass walls of the Hôtel. Quilted leather, lacquered furniture, and precious fabrics create a setting for peaceful nights.

It offers a renowned theatre, a wellness area, a gourmet restaurant, a contemporary brasserie, and several themed bars! The relaxation area, herbal tea, treatments, and a range of natural products. Devoted to relaxation, sport, and beauty, the 4th floor of the Hôtel offers you exquisite moments of tranquility.

Lille Dining with a Date

Restaurants in Lille not only provide the doors to the long-standing traditions of Northern French cuisine but they are also showcasing influences from other countries nearby and provide fusions with cuisines from around the globe. Celebrate your togetherness as a couple in this majestic world of gastronomy with the lovely companion you have.

A someone who appreciates the artistic culture of cuisine. This capital city of the Hauts de-France region is a major cultural center and university city that is also a culinary place with all kinds of food options including Italian foods Belgian gourmet food its rich culinary tradition and beyond.

You can confirm this because of the Michelin-starred restaurants that dot Lille, making its culinary scene better than ever. https://guide.michelin.com/is/en/search?type=restaurant&q=lille You can enjoy taking in Italian exquisite cuisine and also explore the world of ethnic cuisines.

First and foremost, a restaurant that is owned by arguably the most well-known chef around the globe ranked highly amongst Michelin-starred chefs, Located at 68 Royal Hospital Rd, London SW3 4HP, United Kingdom.

His restaurant is a hub of creativity where the most exciting and current dishes are served, bringing the artistic finesse of the kitchen to your table. Experience an exquisite bespoke menu in a unique setting. With a strict maximum capacity of four guests, the restaurant is a step closer to learning the art of making exquisite meals.

If you can’t get a seat, and this is common, you can try any other restaurant that offers a new kind of gastronomic adventure as well, where tradition and modernity combine with passion and creativity from the colors, flavors, aromas, and exquisite sauces. Their world-renowned chefs create a demanding and tasty cuisine, which gives pride of place to arrivals.

Open kitchen, subdued atmosphere, intimate terrace, attentive service, so many sensations that will make you live a privileged moment. There is also another fine dining establishment, a restaurant that takes to the skies, literally in the very center of Lille in a panoramic restaurant, admires the most beautiful view of the metropolis on its rooftop terrace, and enjoys unique creative delicacies.

Eat, drink and be merry there, then retire to a spacious and modern place where the relaxed chic atmosphere, and tasteful simplicity reigns.