Houston, City Of The Big Heart

Bursting at the seams with energy, wealth and diversity, Houston is a unique blend of creative minds, talents and amazing attractions that makes it world-class city. Home to a lively economy, lovely environment and a populace loaded with hopefulness and soul, it’s no big surprise that Houston is a famous world destination. Houston is also home to the Houston Texans, to the Clutch Rockets, the NASA and even Beyoncé herself. Houston holds true to its name, and it’s not a surprise that the city continues to grow in diversity, size, culture and technology. There’s a great deal about Houston we’re beginning to learn. For example, are you aware that Houston has a very diversified community? In 2012, Houston outperformed Los Angeles and New York as the metropolis that is most diverse ethnically in the country.

Houston is the fourth most populous city in the whole of United States. It is home to more that 2.3 million people, making it the biggest city in Texas state. Because of this, there are then about 145 languages being actively spoken in and around Houston, making the city that has the third largest number of languages spoken in the country. It was also in Houston that the first ever traditional Hindu Madir was built in the US. The Madir was an Indian temple that was carved by hand, consisting of 33, 000 pieces of Italian marble and Turkish limestone. It took 28 months to complete and it became the largest Madir temple in Texas state.

The beauty of Houston does not only show on top but also underground with its awesome pedestrian tunnel system that has restaurants, theaters and retail stores! Moreover, it’s only in Houston that you can find the largest rodeo show in the world. This just means that Houstonians sure love to showcase their amazing city and would attract about 2 million visitors annually to the Livestock Show and Rodeo. You can take part in Houston’s extraordinary performing and visual art scenes. Sample on countless restaurants and cafes available, offering different cuisines from Tex Mex and South American to Middle Eastern and Vietnamese. For avid supporters of sports, we have local teams within the city representing every significant game. If you want to do some shopping, Houston offers everything that will fit your budget plan – from the select upscale shops in Houston’s Uptown region to the discount shopping centers right outside the city, Houston can cater to your wants. 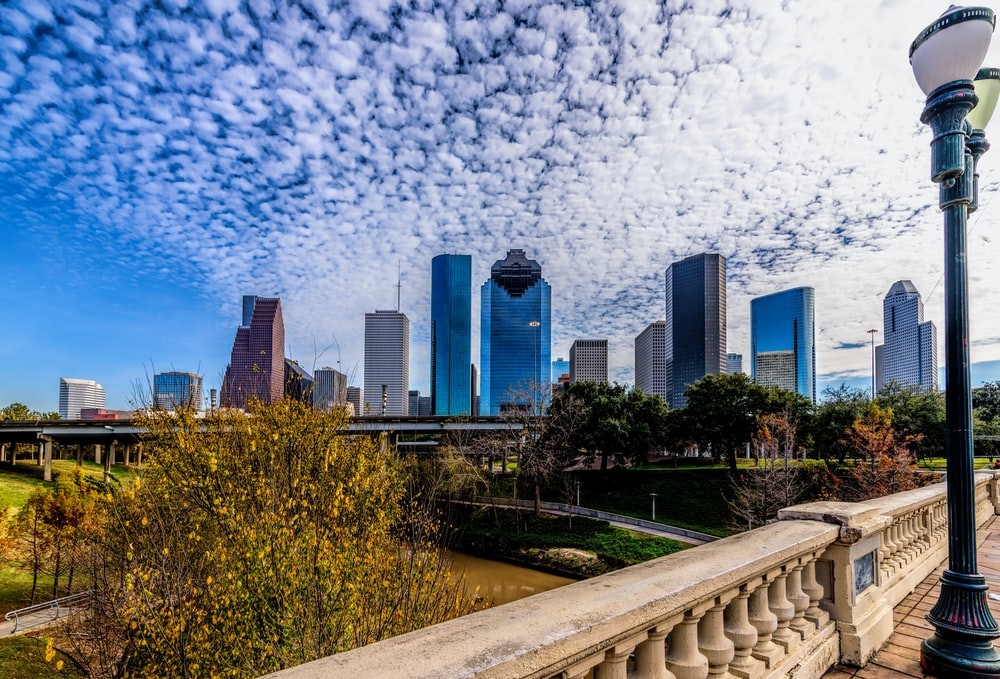 Houston With a Date

Whether you like parks, museums, incredible burgers, fish, barbecue, and public attractions, Houston offers numerous extraordinary things to see and do. From food trips and cooking classes, to golf games and kayaking, couples can create a wonderful weekend getaway without leaving the city. A trip to the Museum of Fine Arts in Houston, an intimate stroll around Cockrell Butterfly Center and then go for a nice seafood supper at any of the seafood restaurants can definitely satisfy both you and your date. Your sweet and charming companion is excellent in touring you around and letting you feel welcome and at home in her company. Her quick wits and sensible conversation will leave you enthralled and wanting for more. This is because she’s not just any lady but an extraordinary one, imbued with gentleness and care that will definitely make you want to spend your time with her all the more. She is genuine, with no pretensions and interested in you as a person.

Houston offers plenty of choices to spend your time with but spending time with someone as luxurious and elegant as she is while you’re in the city is without a doubt much better. In the event that you are spending some time in Houston with your companion who is your soul mate, it is recommended you spare some time and take a ride in one of the Theater District’s Horse Drawn Carriages. And although the driver may want to spill about the history of the place and the significance of the carriage during your trip, you can opt to not hear it and let him know you just want to spend time cherishing your date and have a wonderful journey with your companion. The carriage will take you through romantic places that is sure to make you and your date feel stronger connection as you draw closer to each other in mind and in person.

When you want to see some spectacular skies and magical colors, Houston has the perfect place for you and your charming companion. The James Turrell Twilight Epiphany Skyscape is where all magic begins and ends. This is a place for art lovers and those who appreciate natural colors in the sky. It is an engaging spot for you and your date to enjoy and be captivated by the beauty and performances.

Houston’s food scene is nowhere near lacking, something people are exceptionally aware of in Texas. The country’s fourth-biggest city has a lot of award-winning cafes and food spots, stunning plates at upscale restaurants, to 50’s best barbecue joints in Texas and a whole lot more. Hell, Houston even got its own season of the popular TV show “Top Chef.” Be that as it may, there is one thing you won’t track down in Houston: a restaurant with even a single Michelin star. The reason for this is simple and questionable at the same time. While there may be notable restaurants that deserves to be awarded with stars, you will never find one in Houston simply because Michelin has yet to publish a Texas or Houston guide.

And while that may be the case, Houston’s food scene has never backed down now will it ever be. In time, I’m sure Michelin will have to publish its guide for Texas and will cover Houston as well. But if you want to go out and experience one of a kind dining with your special date, there are several restaurants in Houston that would take up such list. It just depends on what kind of culinary expertise for your dinner you’d like to take, may it be Japanese, French, contemporary, classic, fusion or whatever, Houston’s many amazing cafes are sure to surprise you with their palatable displays.

Bring your travel companion at one of these five outstanding restaurants in Houston should you want to experience exceptional dining experience: Bludorn, March, Tiny Champions, Le Jardinièr and Turner’s. Yes, they’re not yet awarded a star but some of these restaurants are already namesake and has the same roots as the ones from other cities with Michelin star awards. Bludorn opened just after the pandemic hit and yet it already made its name as one of the best ones in Houston. The chef sometimes visits each table and talk about life, putting you and your partner at ease and preparing you for a memorable and amazing evening with them.

March is an ultra-fine dining experience in Montrose and their notable drinks are the perfect opening for a delightful evening with them. With Tiny Champions you will experience irresistible samplers of different and yet hearty food such as pizza and shrimps. It’s nothing but chill at Tiny Champions. Le Jardinier is one of the restaurants that is being run by Michelin-starred chefs and it’s clear that this French restaurant is serious about its service. Turners, on the other hand, is a super cozy, supper-club-style restaurant that is comfortable to be in and dine. With these amazing restaurants in mind, I’m sure you and your date will have the best time in Houston.