Due to its strategic location, Luxembourg was from the 16th century up to 1867 and the time when its walls were removed, one of Europe’s most fortified places. It was continually reinforced during the transition from one great European power to the next including The Holy Roman Emperors, the House of Burgundy, and the Habsburgs as well as those of the French and Spanish King, and then the Prussians. Up until their demolishment, the fortifications were an excellent model of military architecture that spanned many centuries.

Originally, the City of Luxembourg is comprised of only one small fort, which was the castle that was built shortly after the middle of the 10th century on top of an almost inaccessible rock. Following shortly after the Treaty of London in 1867, most of the fortifications were destroyed. However, many remnants from the various eras are still in place and include gates as well as forts, bastions, casemates, and redoubts. 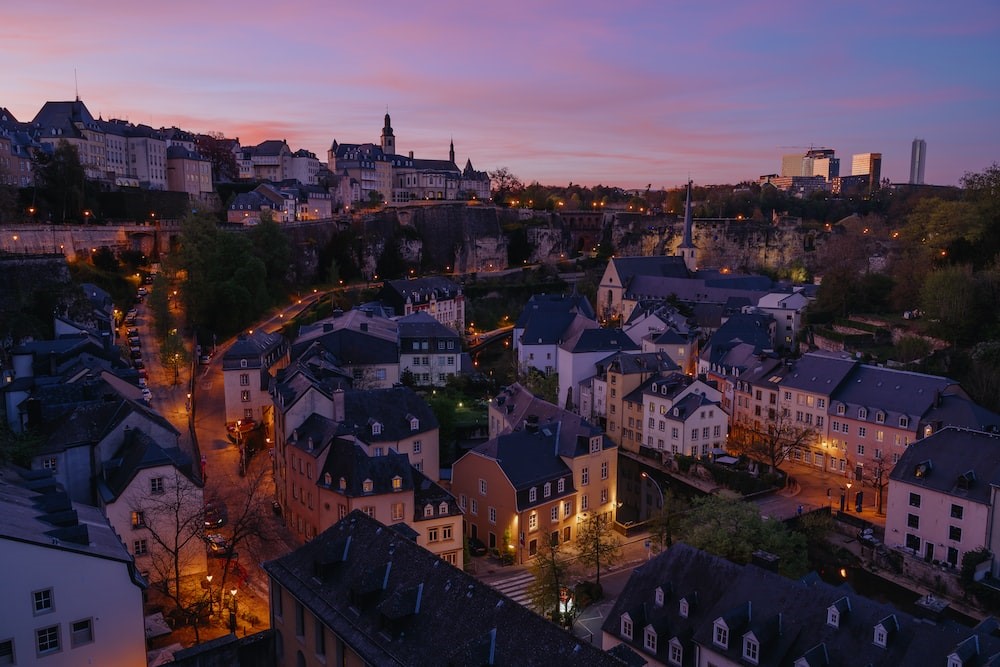 Despite the demolishment of fortresses, fortifications, and the former quarters, the city is a historic ensemble of utmost significance. It is an exceptional example of a fortified European city and is home to an extraordinary variety of military remains that represent the long span of Western history.

The life of this fascinating, relaxed and exciting capital city is alive in the center of the city. Built on impressive historic foundations, the whole Old Town is a UNESCO World Heritage area, where peaceful strolls and fascinating insight into the rich history of the country and city are almost unbreakable.

Luxembourg is an extremely small city, however, it is incredibly active and multicultural. In the city of Luxembourg, you’ll most likely meet people from more than 170 nations and more, it’s not surprising that so many languages spoken around the world can be heard all over the city. All of the amenities are easily accessible too including cafes, restaurants and bars, museums, and even shops.

A striking contrast between both old and modern, the city’s past is celebrated through its World Heritage status; its current standing is influenced by its role as the headquarters of several important European institutions.

It is small enough to be explored on foot, this small city has a myriad of things to see, such as the Palace of the Grand Dukes, the breathtaking high-mountain called The Bock, underground passages within Petrusse Casemates, and the National Museum. There are numerous banks along Boulevard Royal, once a moat of a fortress, suggesting the wealth of the duchy.

Visiting Luxembourg with a Date

Enjoy a stroll along the Corniche known as “Europe’s most stunning balcony” by the well-known Luxembourgian poet Batty Weber. Find the Casemates tunnels beneath the surface that were carved into the rock. Go up the lift to the Grund and Pfaffenthal and you will discover an urban area with numerous levels that amaze you at every turn with green oasis areas and places where you can sit and relax.

Explore one of the numerous museums, such as the seven that form the Museum Smile, and find out more about the past of the natural world, the culture, and the arts of Luxembourg. The arts and culture of Luxembourg can be seen in a variety of boutiques and galleries such as those located in the Feschmaart section within The Old Town.

With all these destinations that await you, it is better to explore each with an amazing companion. A beautiful woman of elegance and erudition, who is utterly charming, and can help you create memorable experiences while traveling Luxembourg.

Together with your lovely companion, visit the Art Gallery “Am Tunnel” of the Banque et Caisse d’Epargne de l’Etat Luxembourg as it offers a unique location to showcase the collection of contemporary art. It comprises works by more than 100 artists who live in Luxembourg’s Grand Duchy. An ever-growing collection of photographs of Edward Steichen, as well as regular itinerant shows of famous artists, enrich the richness of Luxembourg’s unique art gallery, which is located just 50 feet below the surface.

Another great museum is the city’s National Museum of History and Art situated on the Fish Market has undergone extensive expansion and renovation. Three levels with 700 square meters were carved out of the rock that is visible by a glass wall. The underground galleries have been utilized to showcase the important archaeological collection that the museum has.

The building that was previously used, and which has also been significantly changed, is home to fine art, medieval collections as well as medals, coins, and the section on fortresses and arms. The decorative arts will continue to be displayed in patrician homes of both the 17th and 18th centuries, in The Rue Wiltheim.

If you and your beautiful companion are looking to taste some of the finest dining options in the city, without needing to leave the hotel, you will surely appreciate staying in The Sofitel Luxembourg Europe. This luxurious 5-star hotel offers two restaurants with fine dining that guests can choose from. Both offer delicious dishes across Europe.

The guests also enjoy an extensive breakfast buffet every morning. It’s an excellent opportunity to sample some of the local favorites. The fitness center is an excellent location to build up your appetite before dining out in style, and The Havana Lounge features a Cuban ambiance and has a great cocktail menu.

The top national dishes are the finest desserts you’ll ever consume. They are delicious Luxembourg cheese and crayfish, trout, and pike caught from the local river, Ardennes Ham, smoked with saltpeter and wild boar, hare, and other animals during hunting season and in September, delicious small tarts made of plums, known as quetsche.

Other delicacies worth trying include the Luxembourgian national dish of smoked necks of pork served with broad beans, a plate of small river fish that is fried like bream, chub, and roach, gudgeon and Rudd, calves’ liver, dumplings stuffed with sauerkraut and cooked potatoes, sausages and black pudding, served with horseradish and mashed potatoes as well as a green bean soup. In case you and your companion prefer elegant dining and fine restaurants, Luxembourg also got you prepared.

There is a passionate and committed Luxembourg chef who dedicates his entire passion and expertise to the culinary creations he serves in his modest two-star Michelin-rated restaurant. Every ingredient at the restaurant’s fine dining is carefully selected to bring flavor to the dish, without frills.

Inviting diners with an array of harmonious flavors that explode in each bite is his main aim. The warm and intimate space is a great addition to your and your date’s dining experience.

There is also a classy one-star Michelin-rated restaurant located in Luxembourg which has a distinct ambiance for you and your companion to enjoy. It is not just famous, but it also commands attention and provides a spectacular view.

The restaurant’s creative chef has a love for vegetables, which creates originality and surprise. The delicious sauces he serves showcase his technical abilities. Each ingredient is carefully sourced from local markets. This ensures only the freshest, most delicious ingredients available. Every dish is a story of its own. To know more fine dining eateries to experience while visiting Luxembourg, check out Michelin’s page for it here: https://guide.michelin.com/en/lu/restaurants

The Vibrant City of Brussels (Bruxelles)

The Lovely Town Of Montreux